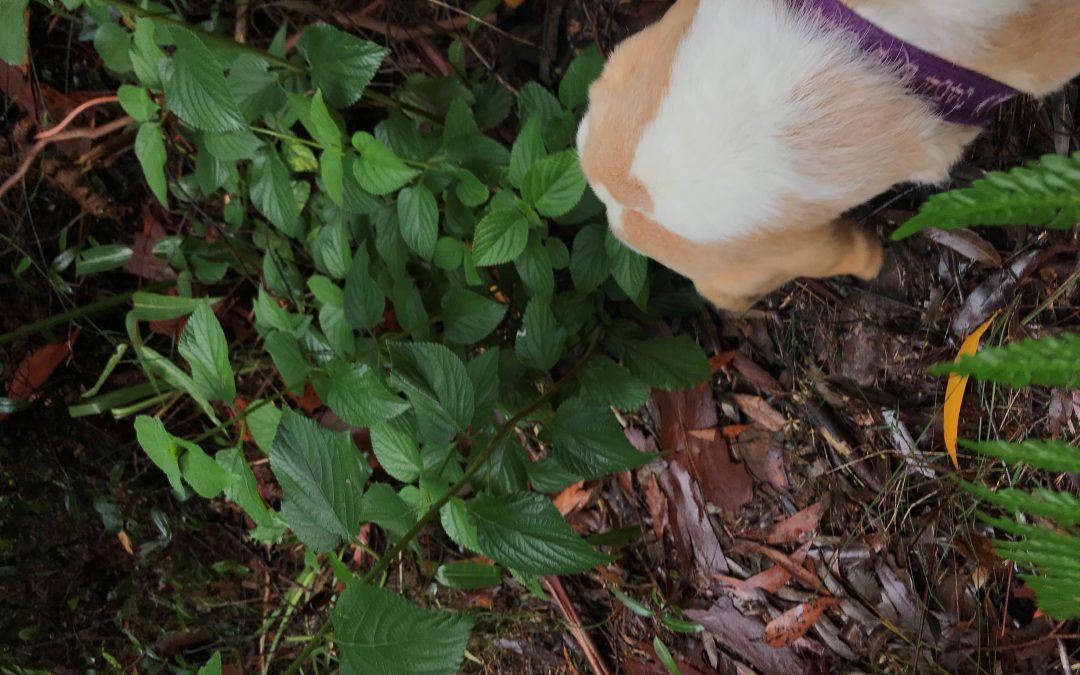 I suspect that we all have them.  Lily our Lemon Beagle, recently 8.  Loves to eat Lantana, described as follows:

I can’t figure the attraction, however it has been lifelong, since she was tiny.  Fortunately, it has been a nibble generally rather than a salad.

It is a bit like at home when the kids refuse to put down their devices and do their homework.  It is easy to find ourselves repeating pattern of frustration.  The resulting behaviours consistent despite our wish for them to be better than they are.

We all have moments of weakness, but chronic, destructive behaviours can be hard to change, even when you’re aware of their consequences. Our most destructive behaviours — such as angry outbursts, freezing up in high-risk moments, or asserting excessive control under stress — are often rooted in formative traumatic experiences, and uncovering their origins can help.  Ron Carucci

It evokes the 2001 movie with Anthony LaPaglia, Rachel Blake and Geoffrey Rush set in my home city of Sydney.  The Lantana is a common weed and the plant is a metaphor for the relationships in the film.  They appear great, however, behind closed doors, not so.  The movie is challenging to watch as it demonstrates destructive behaviours.

It feels like a dance, pausing before we react, reading the signs before we get emotional and the pattern continues.  Once our fight or flight response is triggered, it can be initially hard to recover.  When this happens, neither “the will” (motivation) or “the way” (cognitive learning) are sufficient to drive change.  Ron Carucci

Carruci recommends that we consider where the behaviours came from?  I know some can be passed on by our parent or from an earlier time in our lives.  Consider what drives the way we react, what is the story behind this?  For myself, speaking too much has taken concentration and years to control.  That desire to share and to influence, burning brightly.

This recognition and a conscious decision to change begins with an explanation of how and what we will do when next time we come across our Lantana.